Do You Really Know Where You Stand?

In my last post I addressed the role of the CIO and how important it is for healthcare technology organizations to have a clear strategy for including this key constituent in every deal.  This tactic is connected to another important aspect of sales excellence, which is to employ brutal honesty in assessing where you truly stand in the deal process.

Selling complex technology solutions to health systems is a time consuming endeavor and the process rarely goes as fast as management and investors hope.

What is the root cause of this disconnect?  Many times, it comes down to who you put your trust and faith in.

Find the Champion
There is no better feeling for a seller than finding the “champion” – the person who has the organizational map and is committed to helping you navigate the decision making hierarchy to get the deal done.  However, more important than finding the champion is to honestly assess whether the champion truly has the level of influence needed to drive internal support for the deal.

Use 3 Non-Negotiable Assessments
When coaching sellers on deal strategy, I believe there are three non-negotiable assessments that need to be included in every review.  All sellers must be able to:

Incorporate the People Power Matrix
At Get-to-Market Health, we refer to this assessment of deal players status, relationships and influence as managing the People Power Matrix.  When done consistently, reviewing a deal according to each player’s status in conjunction with their level of influence, will deliver a holistic view across three critical vectors:

Employing this analysis consistently and with brutal honesty can have a significant impact on the pace and speed of the deal.

For example, if a seller is relying on a champion from a department that has minimal influence on the decision, this leads to an inefficient use of your resources and leaves the deal wide open to vulnerabilities, as the true influencers are being neglected.

By looking at a seller’s People Power Matrix, I can instantly determine where the deal really is from the standpoints of timing and probability of closure.  Often, I’ve looked at the Matrix and my deal confidence level drops through the floor.  But it’s much better to have a momentary lack of confidence if it gives you the knowledge to move forward with an improved plan of attack.  When done diligently, managing your People Power Matrix will tell you where you really stand and bring clarity to the next logical steps to move the deal forward.

The goal of honest assessments is not to try to win over all detractors.  It is inevitable that you will have both friends and enemies in every deal.  However, when you can understand their biases in correlation to their level of influence, you now are able to focus your efforts with efficiency, precision and impact, which ultimately puts you in the best position to win the deal. 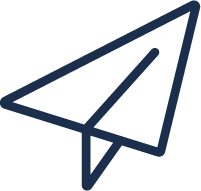 You have Successfully Subscribed!

LET US HELP YOU